A Public Hearing has been scheduled for Tuesday, October 18, 2016 at 9:30 a.m. in the Council Chambers of the County Office to allow the public discussion of an amendment to the Land Use By-Law 6-2002, insofar as it applies to certain lands within Athabasca County.

The Municipal Government Act, R.S.A. 2000 (“the Act”) authorizes the Council to establish and amend a Land Use Bylaw; and the Council of Athabasca County, duly assembled, enacts as follows:

1. THAT the Land-Use Bylaw of Athabasca County, No. 6-2002 is hereby amended as follows:

(a) The Land Use District Map is hereby amended by changing the designation of those portions of NW 17-68-19 W4 as indicated on Schedule “A” attached hereto from Agricultural Use (AU) district to Heavy Industrial (M2) district. 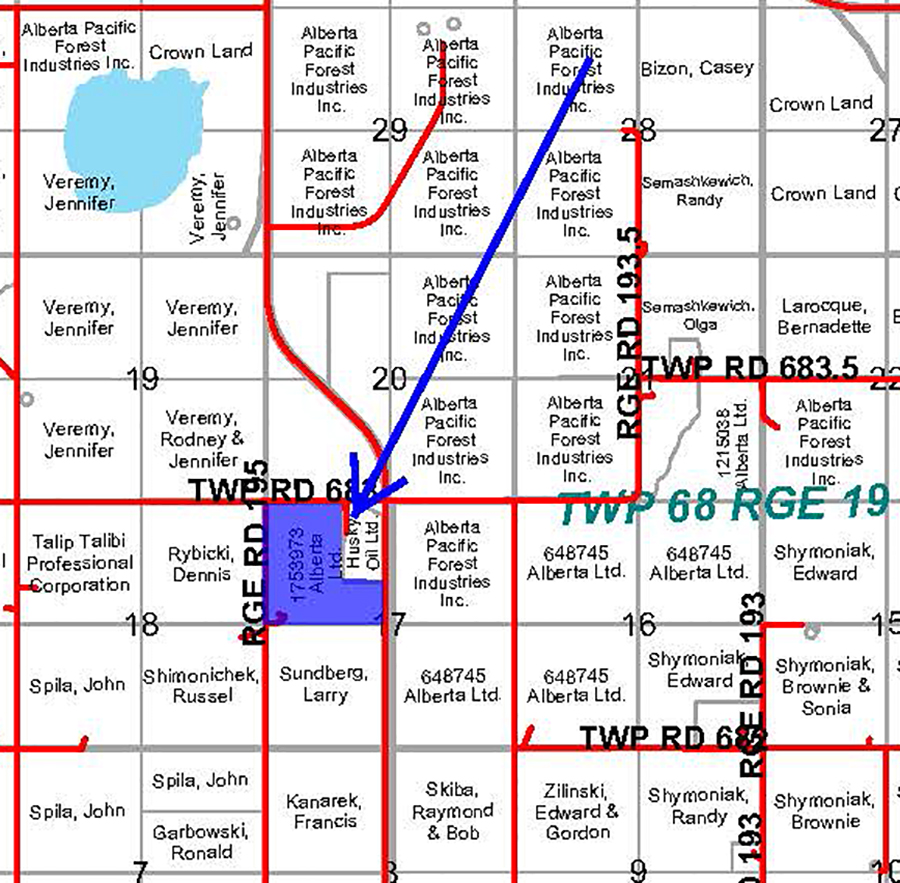 Copies of By-Law 18-2016 being the amending By-Law, may be obtained by interested parties at the County Office during normal working hours.

Anyone wishing to address Council on these matters should provide written notification by 12 noon, October 17, 2016 to: