May 13, 2014 – A by-election has been called for Monday, July 7 after Athabasca County Council accepted a resignation from David Yurdiga, Councillor for Division 7 (Grassland) at its Regular Council Meeting.

Yurdiga attended today’s Council meeting to bid farewell to fellow Councillors and County Staff. Reflecting on his time as a municipal politician he said, “One of the most difficult things I’ve had to do was press send on my resignation email.”

Reeve Doris Splane thanked Yurdiga for his years of service to the municipality. “We wish you all the best as you set your sights on new challenges at the federal level,” said Splane.

Following a nomination process among Councillors and a secret ballot vote, Councillor Christi Bilsky was chosen as Deputy Reeve. She took the Oath of Office following the vote officially becoming the County’s new Deputy Reeve. 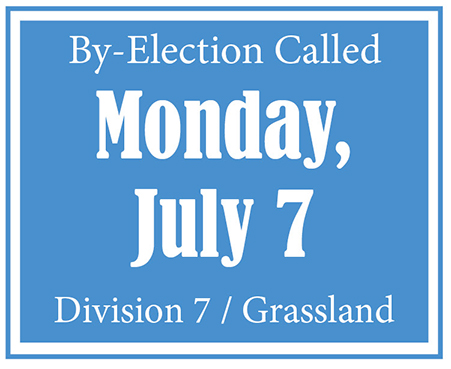 Residents of the Grassland region in Division 7 will be called to the polls on Monday, July 7 to elect a County Councillor. Only residents in Division 7 (Grassland) will be eligible to vote in the by-election.

Advance Poll locations, dates and times will be announced as facilities are confirmed and details of the by-election are determined.