Congratulations to our winner Shirley Zelman! 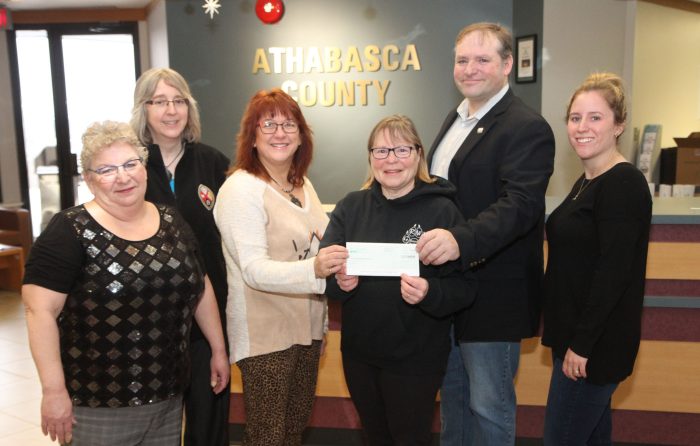 December 13, 2019 – Athabasca, AB – Shirley’s Zelman’s slogan  Athabasca Region. Growing. Naturally.  was chosen by the Tourism & Economic Development Committee as the winner of the “Big Vision Slogan Contest” over the other submissions. She was presented a $500 gift certificate to a local business of her choice.

The second part of the contest was the opportunity for the winner to donate another $500 to a local charity of their choice. Shirley chose the Prevention of Relationship Abuse Action Committee (PRAAC) in Athabasca. Members of the organization came to the Athabasca County Office to accept the donation from Shirley.

“We’re very happy to have had the kind of participation we did for the contest,” said Rachael Dragun, Tourism & Economic Development Officer. “The contest not only brought us a slogan to use but it also brought more attention to the work of the TED Committee in the community and connected some people with us that we might not have had the opportunity to do so otherwise.”

Thank you to everyone who submitted a slogan for consideration. The TED Committee appreciates your efforts in making our contest the success it was.